1994, during a stay in Pietrasanta, Italia, Dominique LE STANC is taken with sculpture and especially marble carving. From 1994 to 2005, she assists the international renowned sculptors Franco ADAMI and Ron SWENSON. In 1996, she exhibits her own work (marble sculptures and bronze) at the Autumn Paris Show and become a reward. Dominique LE STANC decides to increase her knowledge on human body. In 2002, she studies at the Academy of Arts in Carrara and exhibited work in France and Italia. Two years later, she realizes two works of art for Pietrasanta: a monumental religious sculpture for the church of « The Fochettes » and another entitled « Fécondité » (Fertility) erected in the Marina. According to Raffaelo BERTOLI, Italian critic : »Her faces, her women nourished with sensuality and innocence, her abstract schemes on which she fixes herself as on a line, the movements, the colors draw a play on a rhythmic group between reality and fantasy » 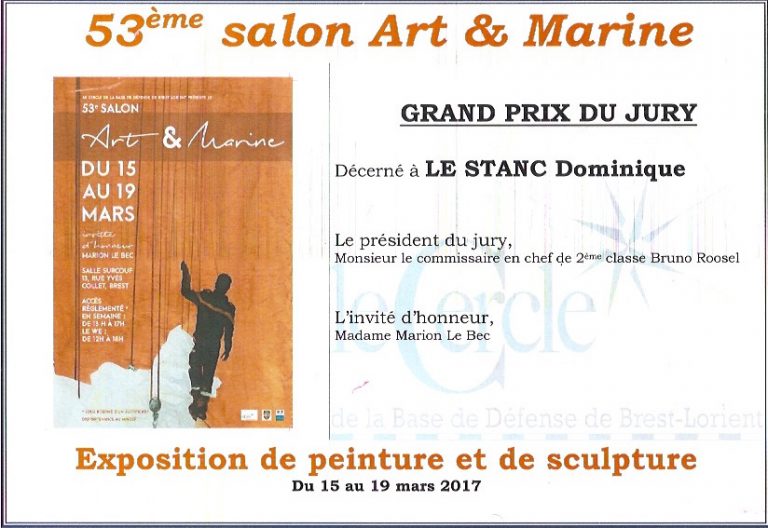